If only I could stop at the ukulele santa hat, I wouldn't feel quite so insane. But no ukulele Christmas is complete without a round of Rudolph, the Red-Nosed Reindeer, and that calls out for a matching headpiece.

This was just a couple of chenille stems wrapped around the headstock and with a glittery red pom-pom glued to the front. I wanted to be able to take it on and off, so started with a little hook, which was formed around a ruler. 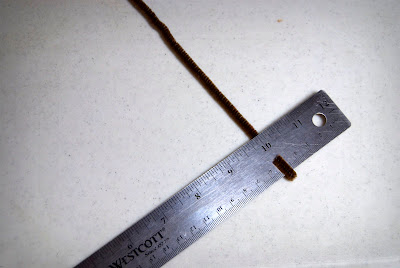 The chenille was wrapped around the headstock horizontally, caught on the hook, and bent up and over the top— 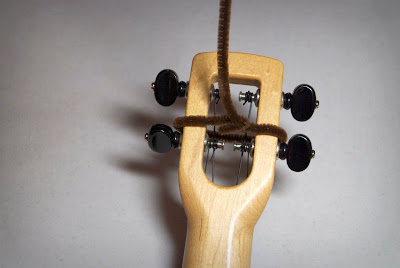 —and twisted around the other side. 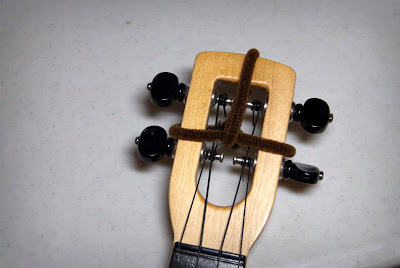 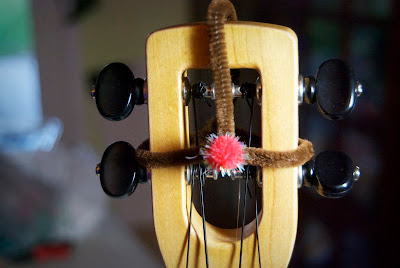 Antlers formed from another stem any old how. 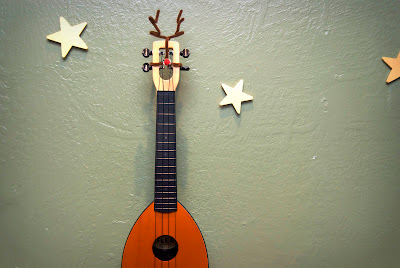 The Flea headstock is rectangular, but the majority probably have this pointed tip in the middle. For those, a different configuration might work better: 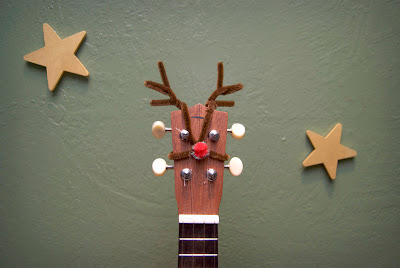 DH saw these and cautiously asked if I were planning on making ukulele hats for every holiday. He said it in the tone of someone who has their foot halfway out the door, so I reassured him: No, of course not. These are just for the party. 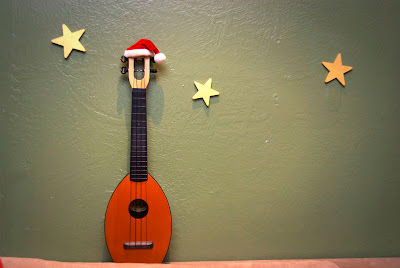 When opening the Christmas decorations box this year, I noticed a little Santa hat that probably sat on a doll's head in years past. This year it looked perfect for the ukulele, so that's where it went.

And then I realized I couldn't stop there. We had an ukulele club Christmas party coming up.

I didn't think to start photographing the process until I was nearly done, but it isn't brain surgery and I'm sure you'll be able to adapt it to your own needs.

I eyeballed the hats into isosceles triangles, making them roughly 3" wide, which was the width of my headstock. I was using leftover knit fabric from the Santa hat I made last year, but it should be about the same whether you use fleece or felt or fake fur—anything that has a small amount of stretch to it. Running the warp of the fabric vertically from the peak to the center of the brim will help with the stretch (in other words, the selvedge should run parallel to the silver ruler, below). 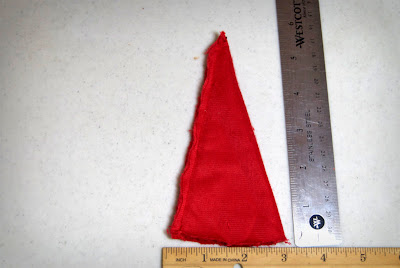 A quarter-inch seam took the width down to where it would fit snugly. 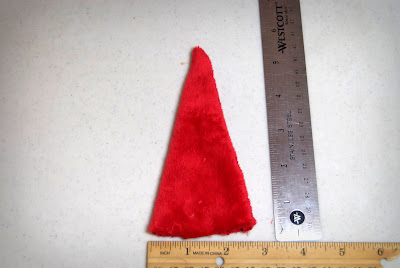 All the trim was glued on. I used fabric adhesive because it gave me a little bit of extra control winding that feathery trim, but you could also use a glue gun or anything else that can attach fabric to fabric. 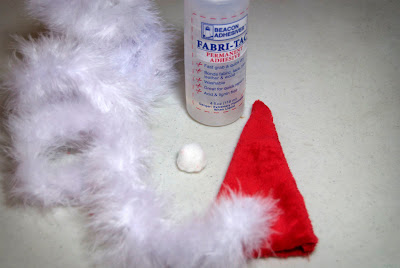 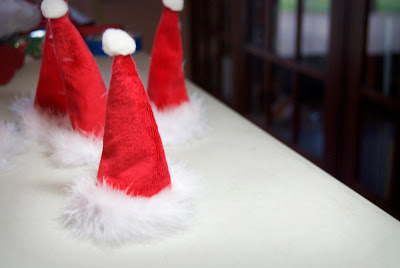 The final, and I think somewhat critical, step was gluing the tops down so that the hats could sit compactly on the headstock when the ukes were in playing position. I folded right over the seam and just added a dab of glue above the trim. 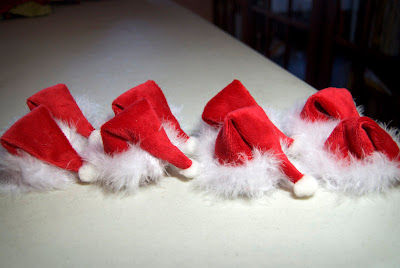 And here's the new, mass-produced version for my club friends. I actually like it a little better than the original due to the softer materials used. 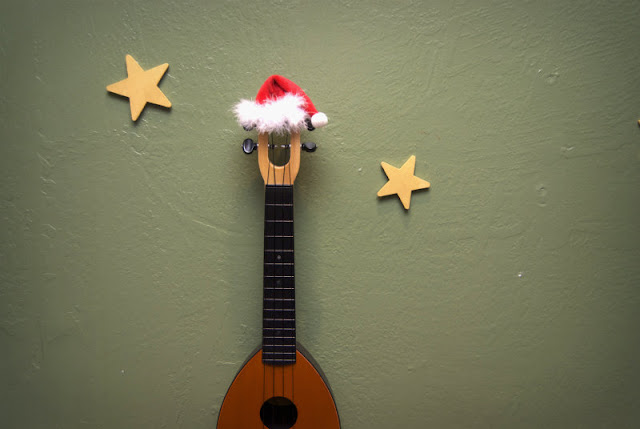 Corny? Very. But also fun, and fun is what we're after when we play.

Somehow I didn't manage a single post in November. The highlight for us was a trip to Oahu for the wedding of one of my baby cousins. Because my mom was the eldest in a family with a large age spread, most of our cousins were born when we were already grown and I still think of them all as babies—even though they are now in their 20s and 30s.

The trip was notable for being the first time in 10 years we've gone to Hawaii for something other than a funeral. And my own baby, S, turned 14 while there.

So it was a different, and memorable, trip for us. We started with a day canoeing.

That night there was a pre-wedding dinner for some of the family. 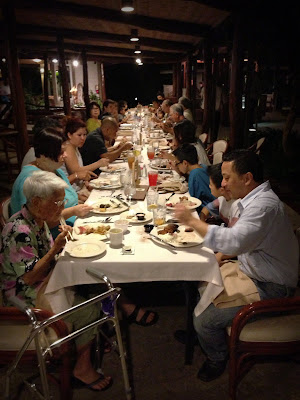 The wedding was outdoors and beautiful, poignant for the absence of my cousin's dad.

Here are my boys at the reception wearing their kukui nut leis.

DH wasn't able to make the trip with us and C had to leave after the weekend to get back to classes, so S and I went alone the North Shore for a few days.

We spent the time hiking, snorkeling, watching a surf competition, and eating ono food. But for us, Hawaii always comes down to family, the reason behind every trip we make. We have a large family, so I'm only mentioning a few here.

My cousin Karen and her husband Randy took fantastic care of us from beginning to end, arranging the aforementioned canoeing trip, driving us to the fish market for lunch, meeting us for a last dinner, and giving us photos to remember the visit by.

This auntie is special to S. He loves her cheerful, easygoing personality. 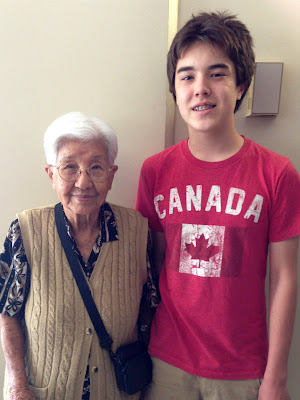 And then there is my grandma, 97 years young, grandmother of the bride, and the one who has taken care of so many of us there that day. I absolutely love this photo taken by Karen. Looking at it will always remind me of the joy around this wedding and how lucky we are to have the family we don't get to see nearly often enough.