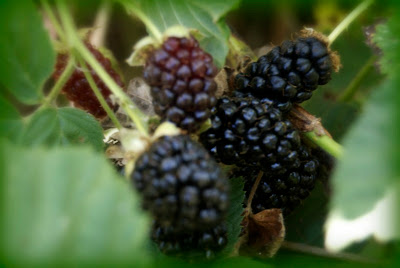 It's blackberry season again. And it was hot yesterday, so after tossing some blackberries in a blender and straining out the seeds, 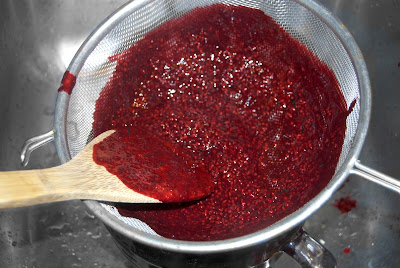 ...adding water, lemon juice and agave syrup to taste, we made blackberry paletas. 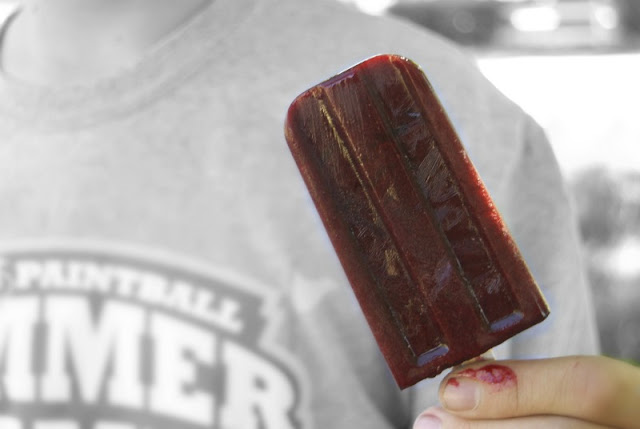 Because paleta sounds so much more appealing than popsicle, don't you think?
Posted by unschool at 3:22 PM 8 comments: 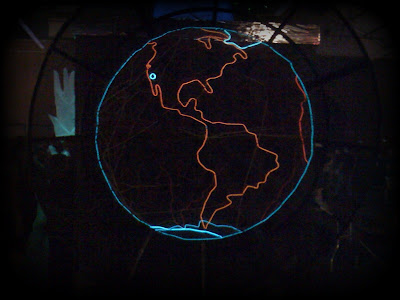 It's been two weeks since Maker Faire so seems a little late now to bother with pictures or a recap. You can find both, in better form than I could produce, all over the web.

But I've been thinking about it just the same. This year the kids exhibited in the Young Makers area and got to see the faire from a very different angle. Their projects can be seen on the Young Makers and Young Makers Yolo blogs, but the projects were only part of the experience. They learned so much from exhibiting: how to display in a way that would be informative and interesting, what to do when a crucial piece was left at home, how to cope with fatigue and innate introversion while visitors stopped by and asked the same questions over and over.

I think we all left with new appreciation for those who put all their time into the Maker Faire weekend organizing, volunteering, demonstrating, and giving talks.

I briefly stepped on stage myself as a parent involved with Young Makers. Tony, the host/moderator, asked how Young Makers could be integrated with homeschooling, and I rattled something off quickly. But it's a perceptive question, and it has stayed with me.

And the majority of the Young Makers projects came from schools or independent groups of schooled kids.

But as an unschooler, I clearly remember hearing Tony, Dale and Michelle talk last December about their vision for Young Makers. They spoke of it being youth-driven, interdisciplinary, open-ended, and with an end goal of exhibiting and sharing rather than competing. This resonated deeply with me and with our choice to educate our children outside the school system and away from fixed ideas about what one needs to learn at any given age, from arbitrary categories of learning, from grades and awards and external motivators. I thought about these things often as the projects progressed, stalled, and progressed again. In that sense, I suspect our family has more in common with other Young Maker families than with other homeschooling, and possibly even unschooling, families.

This afternoon S and I were riding our bikes, looking at jays and talking about nothing in particular, when he suddenly said, "I want to remember to ask C to show me how he made his project. I want to make one for my bass, so that when I sit in my room and play in the dark, I can see lights flash around the walls. If it's hard, I'll just work on it slowly since I have all summer."

I couldn't say whether this was a reflection of homeschooling, unschooling, Young Makers or some combination of them all. But it was sweet.
Posted by unschool at 11:15 PM 1 comment: