quilting on a singer 301

The term UFO is quilting lingo for "UnFinished Object"—all those bits of fabric which were intended for quilts but haven't quite made it there yet. They might be in any stage: single blocks, partially pieced tops, even quilts that are nearly complete but haven't been bound around the edges yet.


I recently took out all my ufos and decided to get them into quilts once and for all, no matter how long and tedious the process. Both kids are suddenly more independent, and there are large swaths of time that I haven't  had since they were small. I counted: there are at least ten quilts' worth of blocks stacked up. Among them is C's baby quilt.


C turns 18 in a few months, so this has really gone on too long.


I'm sewing on a singer 301, which is my very favorite machine for this kind of work. I'll never forget arriving at my friend Diana's years ago to sew together for the first time. Stepping inside, I could hear the soft rattle of her machine running the living room, and a sudden Proustian rush caused me to blurt out, "That's the machine my mom had when I was little!"


Of course, I had no way of knowing whether it was true or not; I'd learned to sew on a Touch and Sew. But somehow the distinctive chug of the 301 made me think of sitting under a table, or of drifting off to sleep. When I found one for sale nearby, I bought it immediately, even though it seemed expensive at $100. I just wanted to hear that sound when I sewed.


And as it turns out, the machine has been well worth it. The 301 makes a reliable straight stitch, needs almost no adjusting and, at 17 lbs, is light enough to move easily while also sitting solidly on the table. 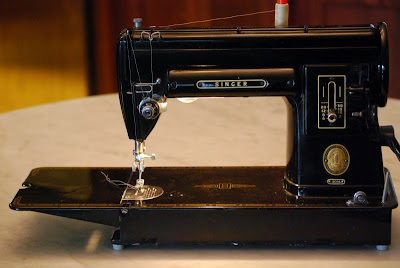 It's also beautiful. I believe it's the last black-and-gold sewing machine Singer made, although it also came in tan and tan/white versions. Someone once said it looks like an old locomotive engine, and I think that's pretty good description.


More recently, S remarked that it reminds him of Christopher, the alien in the movie District 9. It's...possible, I suppose, depending on your point of view. Can you see it? 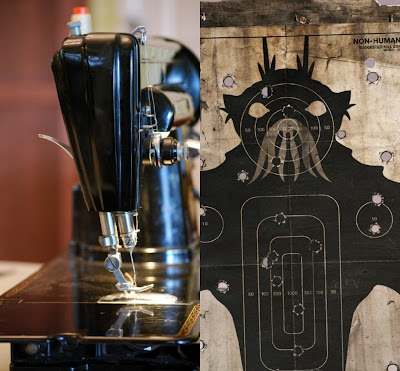 In any case, this has been my go-to portable for years; and I have been using it to finish up these old blocks, particularly the blocks that will make up C's quilt.


(Please bear with me a minute while I shift gears.)


When Dad died 3 years ago, my sisters and I discovered how much and how thoroughly he had saved. It wasn't quite an episode of Hoarders, but let's say it made my fabric stash seem tame. In spare bedrooms and up in the garage rafters were boxes full of ledgers, receipts, photos, letters—50+ years of a family's minutiae. I wish I'd been able to go through everything at leisure, but we were focused on getting the house ready to sell so instead buzzed through it all quickly, glancing and shredding over and over again. Because there were three of us tossing these papers in succession for hours each day, I considered it sheer luck that one piece which ended up in my hands was a receipt dated a month after Mom and Dad married. It was for a sewing machine.


The machine had cost $175, which I'd learned a few minutes earlier was Dad's entire monthly salary at the time. It was their first major purchase together.


Mom's 301 was clearly an indispensable tool, an investment in keeping household costs down. I'm sure the reason its sound was so recognizable to me is that she used it daily when I was young, making clothes and toys for three growing children. She even made us quilts from the leftover fabric. Mom's sewing skills far surpassed mine, but the quilt she made for my bed was not a pastime she could afford to spend years on. It was made without the luxury of choosing prints and colors, pieced simply, and batted with a wool army blanket. 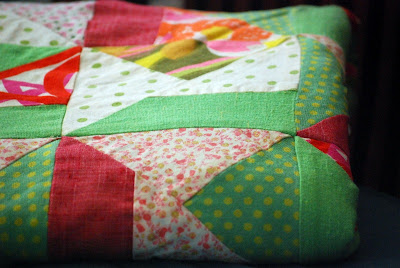 I remember looking at this quilt knowing which garments each of the fabrics had come from. At night, its weight was warm and comforting and helped me sleep. I suppose that is the reward all quiltmakers want, to know that someone is sleeping peacefully under their work.


With that in mind, I'd better get back to the quilt I've been making C for the past 17 years.


I wonder if he'll remember the sound of it being sewn.
Posted by unschool at 9:15 AM 8 comments: 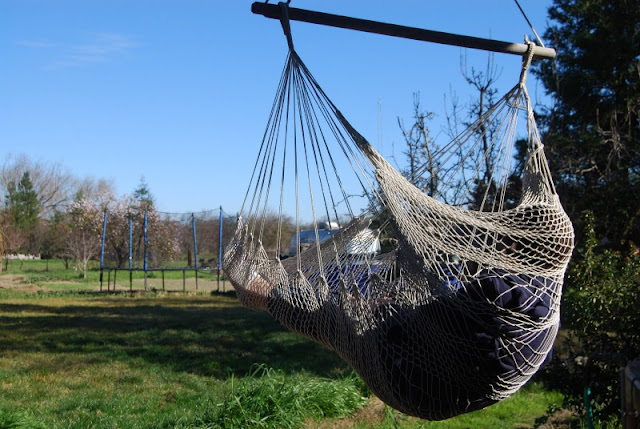 A donation of tools to the Young Makers group got me thinking about Freecycle and how much I love it. It's a simple concept: keep items out of landfill by passing them directly to other people in your community who can use them. You can offer items or ask for items; more often than not, a match will be made. A friend told me that the very first ad she saw on Freecycle was for 30 bobby pins. 30 bobby pins?! But within a few days there was a second notice stating that the bobby pins had been claimed. You never know.
Long before this blog, I considered starting one called The Freecycle Chronicles after I'd noticed how Freecycle was a catalyst to so many good experiences. I once picked up someone's extra plums, for example, and got into a long discussion on her doorstep about Village Harvest and Senior Gleaners.
Then there was the young woman who asked for canning jars and when I offered some I wasn't using, left me a jar of spiced pear butter as thanks. The same woman later picked up an old table I had refinished and no longer had space for and, at a different time, some wool for a needle felting project she was finishing; she only needed a little bit, and I happened to have the colors she requested. You tend to run into the same people over and over in the Freecycle community, which is kind of fun.
In the photo above, S hangs in a string hammock chair, given away because the cushions had gone missing. I can't imagine that he would love it any more with cushions. He sits in it nearly every day that the weather allows. He reads in it, draws in it, sleeps in it and simply looks out at the yard.
In the background of the same photo, you can see the trampoline we also got from Freecycle. One thing Freecycle really encourages is being bold about taking things apart and putting them back together. We have assembled two trampolines (the first blew into a fence in a strong wind and crumpled like a piece of paper) without instructions; it usually takes all of us working together to do it, but that's a good time, too, isn't it? 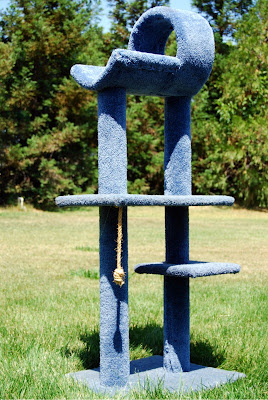 Here's the cat tower we picked up for a friend who wanted one for her newly-adopted kitten. It came scratched up, but we asked on Freecycle for carpet scraps and amazingly, received some in a matching shade of blue. Then S and I learned how to recarpet a cat tower together. All except the lower three platforms were redone. 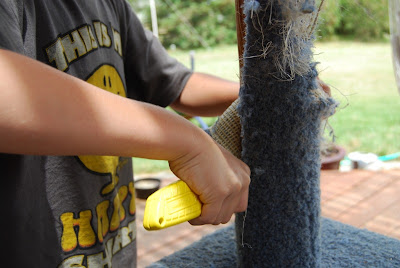 We have passed the kids' bunkbed to a young couple who had just received custody of their nephews; passed a vintage Singer sewing machine to a Renaissance faire costumer, passed along furniture, books, a secondhand trumpet, even moving boxes. Just as we finished the cat tower, someone else asked for carpet remnants and we were able to give them what we had left.
And we have picked up: the entire sound system for our outdoor movie theater, a replacement measuring cup for the rice cooker, and parts for DH's robot project—among many things, all of them remembered with gratitude.
Spammers do hit Freecycle with regularity, but once you learn to spot the telltale signs (an item too good to be true, usually paired with a generated-looking gmail or yahoo account), you can just ignore them. For homeschoolers, Freecycle can be a source of books, art supplies, building materials and the sort of indefinable inspiration one gets from thinking about, in a brief time period, a box spring, quilt batting scraps, parts to an electric door opener, a grapevine wreath, and a roll of shrink wrap (all of which passed through Freecycle this morning). For diy'ers, it's indispensible for odd parts, tools, yarn, 2X4s, and old cotton t-shirts for rags.

And for everyone, Freecycle is another way to be connected to the people in your community, to help and be helped, strike up a conversation, learn something new, save time and money, and step on a path which might lead anywhere.
My favorite Freecycle find? It's Maggie. She barks too much, is overly territorial, and often gets into things which make her stink. We were her fifth home in 2 years and 4 years later, she is still insecure. But she is also sweet and truly devoted, lying quietly on my lap as I type this. You just can't buy that. 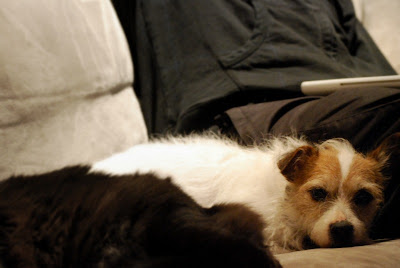