What are you going to be eating on May 26? This has been the topic of many conversations in our house. On that date, Season 4 of Arrested Development will be released, all at once, on Netflix.

We talked about a few possibilities for our family viewing party: hot ham water, candy beans, juice...but really, there is only one sensible choice, and that is frozen bananas. The banana stand is at the heart of the Bluth Company, after all. And while no one in our family would really enjoy cornballs or mayoneggs, there is no one who doesn't like frozen bananas. 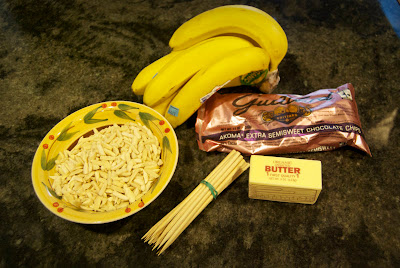 You need: bananas, chocolate, butter, popsicle or caramel apple sticks and (optional) nuts. Ideally, the bananas would be slightly riper than shown here. The stick will split a green banana, but will sink in nicely to a lightly freckled one.

We have one child who loves almonds, and one who doesn't like nuts at all, so I alternate between both plain and crunchy bananas (ie, nuts and no-nuts). 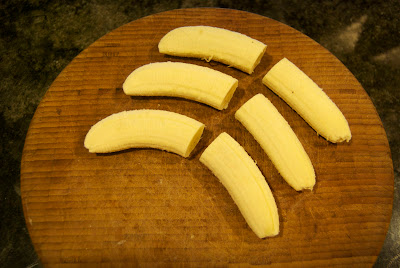 Cut the bananas in half, push the stick up the base, and place them on a tray to freeze for at least half an hour, and up to overnight. 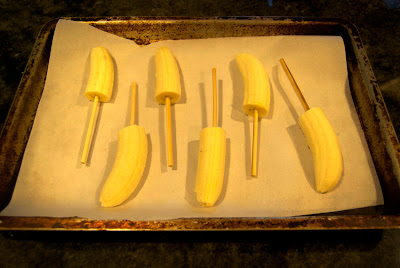 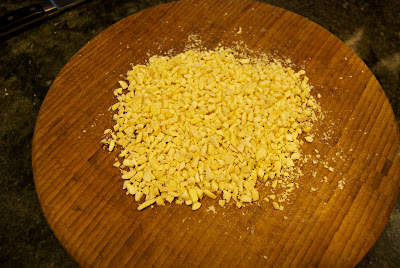 When the bananas are frozen, melt the chocolate over a double boiler (or in a pot nestled in a larger pot) and add enough butter to bring it to the consistency of, say, mayonnaise. Chocolate melted alone will be too thick to coat easily. 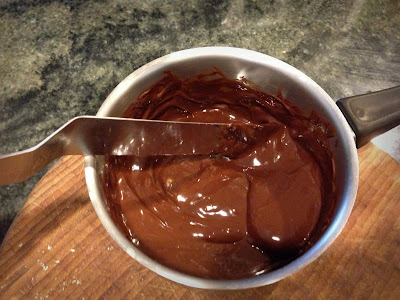 Because I don't have a dipping pot, I spread the chocolate on the bananas with a frosting spatula, seen above. Then, depending on your preference, you can either roll the banana in nuts or place it back on the tray to freeze again. But work quickly, as the frozen banana starts the process of hardening the chocolate almost immediately. 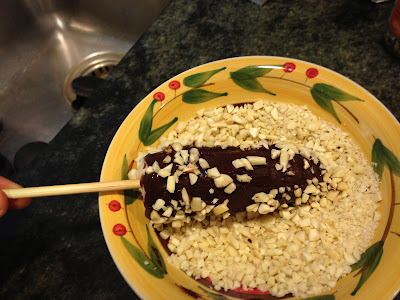 That's pretty much all there is to it. Whether or not you watch Arrested Development, a frozen banana is just about the perfect treat on a hot summer afternoon. 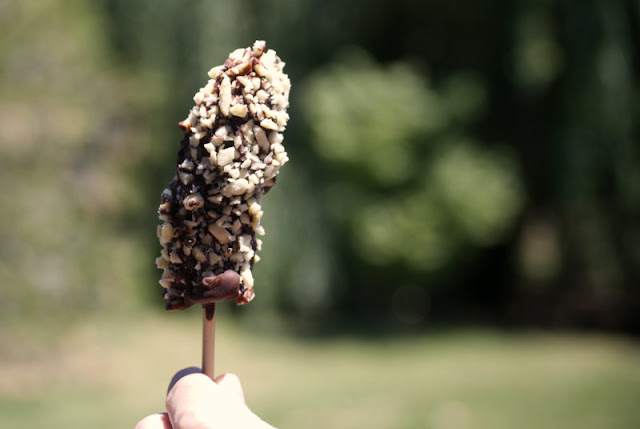 After sanding and repainting, I though I'd just wipe down the gasket. Unfortunately, the dirt was more embedded than I realized, so the gasket had to be removed. This is the point where one thing led to another...

First the interior panel had to come off— 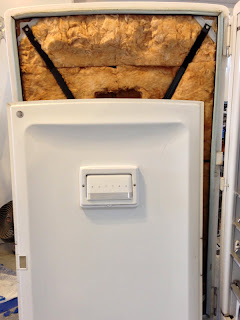 —which revealed the insulation. It looked fine, except for that lower left corner: 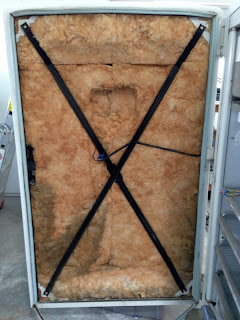 Which led me to look more closely at the bottom bracket:

What do you do in this case? Do you take out the insulation and repack it? I hadn't figured on getting this deep into an old appliance. While trying to decide what to do, the insulation began to flake off by itself. Finally, I gave up and just removed the cross brackets, letting it all fall out. 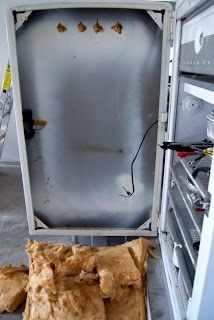 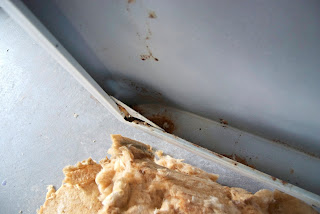 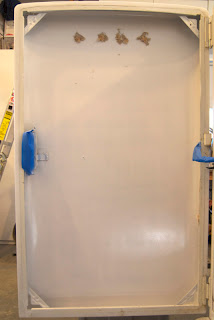 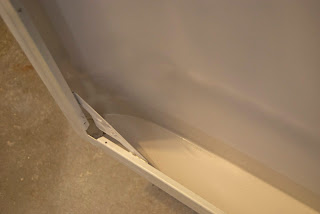 And new insulation. One consolation: the new giant scissors were perfect for cutting the batts. 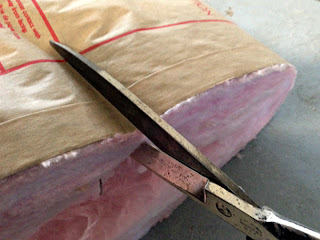 And the modern paper-backed batts went in easily: 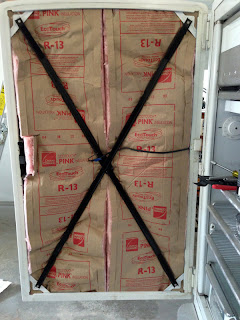 (Note for next time: don't leave the insulation unattended.) 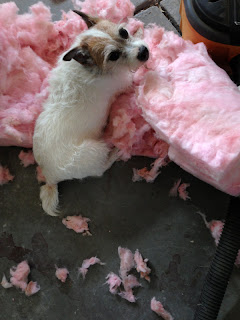 The sanded and repainted bottom bracket: 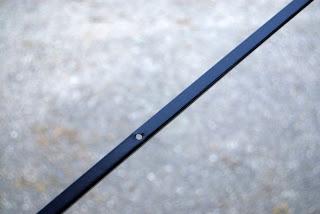 The gasket was soaked and scrubbed: 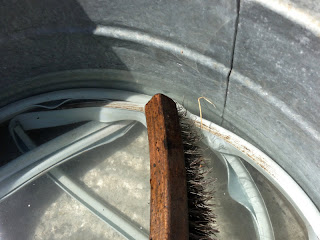 And then the whole thing went back together: 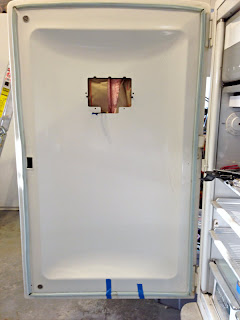 In this photo, the butter dish still needs to be reinserted and wired, and blue tape is holding the botom gasket on while the adhesive sets, but it is mostly together. I hope. It still has to be moved, plugged in, and tested. Part 3 of this project may be awhile in coming.