In September 1987, DH and I took a train to the American Embassy in Tokyo, where a consul performed a quick and simple ceremony. Afterwards we had lunch at the Imperial Hotel with the two friends who had been our witnesses, then DH and I flew to Sapporo for the weekend.

Thus were we married.

Fast forward 25 years and low key is still the name of the game around here. We talked about ways we might celebrate this purported milestone, but nothing really appealed. The kids both had classes, and we were all in the middle of a busy month.

In the end we went out for breakfast, browsed books at the library, made lunch and worked on projects around the house. Then we sat and played ukulele together. I showed DH what I'd learned at the recent Wine Country Uke Fest, and we tried a couple of basic duets.

Dinner was miso ramen, a nod to our honeymoon city of Sapporo. And after dinner C, who a few summers ago was "ordained" through the Universal Life Church, officiated as we renewed our vows on the deck. S brought the rings, now a couple sizes too small, and Maggie played the part of the rude and noisy guest.

It was just right.
After dinner we sat around and reminisced about what 25 years had brought us. In addition to the boys, we can mark our marriage by having:

traveled in 8 countries
lived in 3 of those countries
bicycled the perimeters of 2 of them
rented 4 apartments
slowly fixed up one house, and then another
kept 5 dogs, 5 cats, 1 goat, 1 sheep and countless chickens

And of course, the Silver Anniversary is so named because of all the silver hair, right?

What are the numbers in your life?

Email ThisBlogThis!Share to TwitterShare to FacebookShare to Pinterest
Labels: family

Have you ever seen Uke Minutes? They're great, and they often have an easy diy sensibility:
My version was made with an old fence plank because we had a pile of them in the backyard. Screws we had, as well, and it was an easy trip to the hardware store to get a handful of tool hooks. 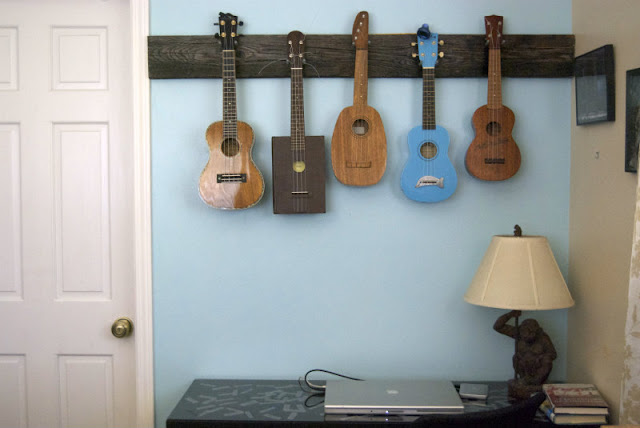 This is how the resident ukulele population has grown in the last several months. There's the Duke, and the Gaspar--both of them relics of my mom's collection. Between them sits the blue Dolphin, now quite chipped and battered from life with two teen boys. The bookulele and a Lanikai that was a birthday gift from DH round out the little party.

Nobody needs five ukes, but I like playing all of these—they each sound and feel a little different. The Gaspar is extremely lightweight and has a soft, sweet tone. The Duke is bright and punchy. The Lanikai is ornate, sturdy and solid. It's a concert size, which I'm still getting used to. And the poor old Dolphin has quickly become the resident beater uke, easy to pick up and walk around the house with, or take in the car if I know I'll have to pass the time somewhere. I love it the way you love a favorite teddy bear.

Do you suppose I could fit a sixth hook in there...?

This past summer I noticed a handful of unpublished posts still sitting on this blog. After going back and forth, I decided not to dither any longer but to either purge or publish. This is the first one I looked at. If memory serves, I was waiting to incorporate some additional material but never got round to it...so now, a full year (!) later, it is just going out as found: 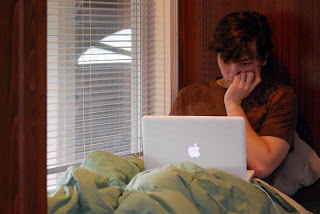 Some time back I started compiling a list of all the interesting wiki pages I ran into, thinking...well, I don't know what I was thinking, really.

My interest was probably piqued because I live in a place which generated one of the earliest city wikis:

There are several more city wikis—and of course, where better to find a list than good old Wikipedia:

A lot of wikis are hosted on Wikia: Harry Potter, The Office, Lord of the Rings, cameras, coffee, vintage sewing patterns, to name just a few. Pick a popular movie, a game, or a tv show, and see if you can't find it here.

Interested in the world and its people? There's Wikitravel, Nativewiki, and one whose name made me laugh when I first stumbled across it: Sikhiwiki.

Like anyone reading this, I suppose, we use the computer for a lot of instant research. And let me add that I'm aware there is controversy over the dependability of the web in general, and wikis in particular, as reliable information content. But with appropriate caution in place, we've had fun wandering the stacks of these wikis when a particular question arose relating to:

I have even started two wikis in the past: a general wiki for our local homeschooling group, and a specific class wiki when some of our kids were learning about countries of the world together. Wikis are a great community learning tool, given that their very nature is based upon community input; but they are dependent upon people being willing to learn to use the site and taking time to share their knowledge, whatever it may be. Here are a few sites that let you create your own wiki:

If you have a hosted site already, you can also use software to create a wiki:

My favorite wikis, however, are not information wikis but project wikis. What's better than to see cool things that people have made themselves?

How about you? What are your favorite wikis?

C and I went back to Keith's workshop over the weekend. He and C talked about C's lap steel guitar project, specifically about setting up the homemade bandsaw Keith gave him to use for it. 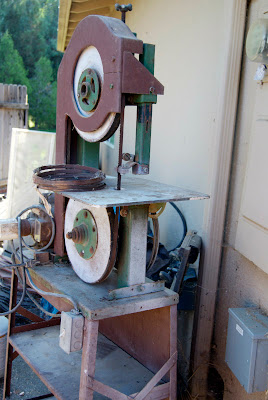 Keith was in the middle of an ukulele commission for a Canadian client. He was about to start the bracing, which he planned to model on the unbuilt Martin he had acquired years ago. The Martin stamp is faintly visible above one of the braces. 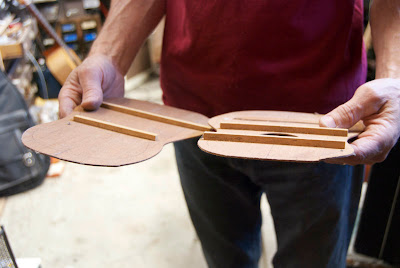 We also got quick demonstrations on neck shaping: 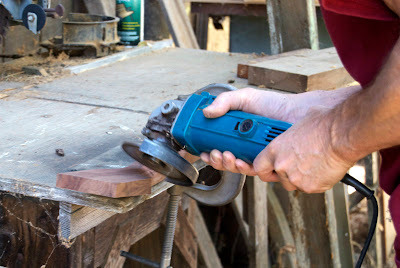 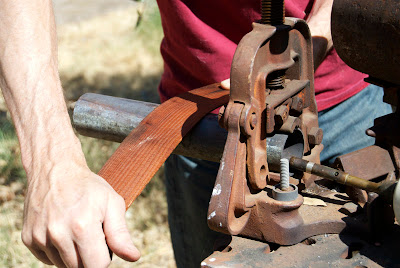 The last time we visited, Keith showed us a chunk of black walnut. Now it is quickly taking shape: 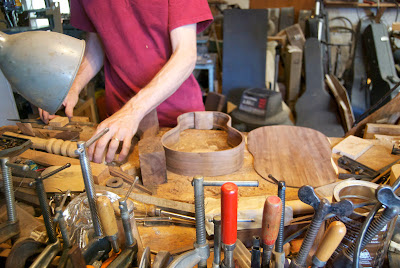 And maybe I'll get to show you the finished instrument someday. Or perhaps Keith will put it up on his own website.

January 2013 update: The finished ukulele can be seen here.

Posted by unschool at 7:11 AM No comments: