One of the best things about homeschooling one's children is rediscovering how exhilarating learning can be. And when the prime homeschooling years are over, it's hard for a parent to shake the habit of going after that little joy fix—at least, that seems to be a trend among my friends whose children are grown. They begin to take classes in writing and mosaic, in nutrition and environmental studies; they travel, join wine clubs, start new businesses and take up serious cycling.

My own learning ambitions are more modest: in August, I enrolled in Alisa Burke's online class in fabric design, Beneath the Surface. It was a bit of an impulse move for me after a summer of poor health and stalled movement, but I can't recommend it enough. The class was inspiring, accessible to a non-artist, and truly a lot of fun.

It also coincided nicely with the apron project, which I'd always intended to color. I had painted fabric with the kids before, but this class introduced new techniques and more importantly, new ways of combining techniques for a more complex and colorful look.


There was some glue resist and painting with Setacolor: 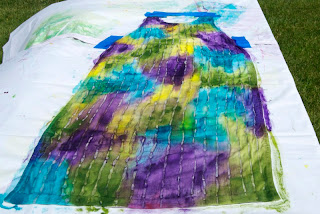 Regular fabric paint spattered on with a brush tip: 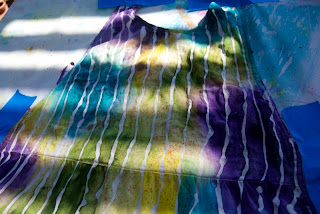 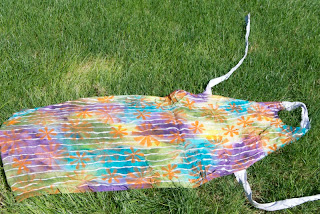 Some inking. I'm not entirely happy with the final look, but I can think of it as something new I'm learning—and that does make me happy. 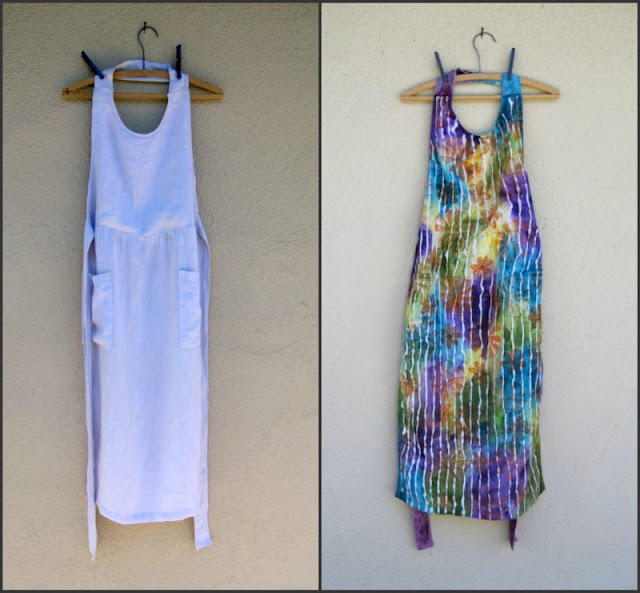 Alisa's upcoming class is called Free Motion Graffiti. It looks to be every bit as unique and enjoyable as Beneath the Surface and yes, I'll be taking it. I can't wait.
Posted by unschool at 8:53 PM 3 comments:

As noted previously, sugru makes a great replacement for lost or broken feet. It helped my laptop, and it helped Arnon's drawing board.

It also recently helped an ironing board with a missing foot cap. A couple minutes molding sugru—

—and the ironing board is good as new again: 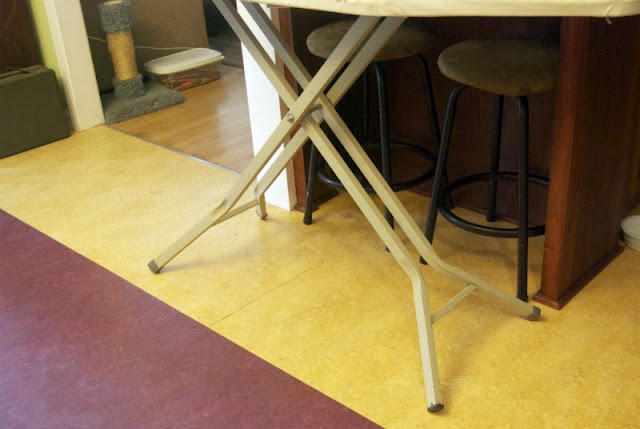 And though I'd love for more people to have been interested in trying sugru, isn't it convenient that exactly three people left comments when there were three packs to give away? Sugru samples on their way!

Email ThisBlogThis!Share to TwitterShare to FacebookShare to Pinterest
Labels: sugru 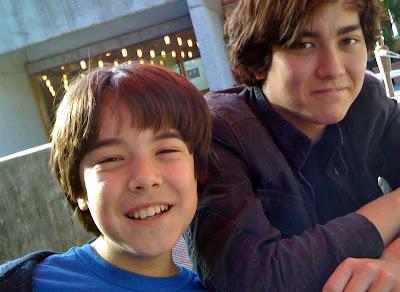 The boys are 5-1/2 years apart in age, and they haven't always been close. There were a couple of years, in fact, where arguments were a daily occurance.

But as with so many things related to children, it pays to wait.  Now 12 and 18, they interact constantly; and I love seeing how their interactions feed each other. 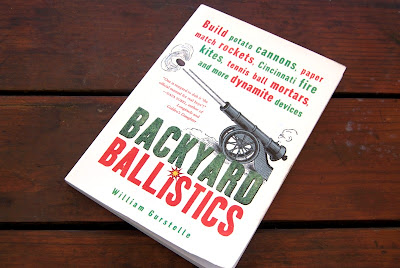 For example, S found the above book one afternoon and began browsing. At first, he was disappointed. "Why is it called Backyard Ballistics if nothing in here explodes?"

C explained the difference between ballistics and explosives. Overnight, it seems, C has become both mentor and teacher to S. He shares with his brother vocabulary, music and computer knowledge, and his interests in politics and history. S has so far not had C's inclination toward devouring news and non-fiction reading, so this is a natural way for him to be exposed to what he might not otherwise take in.

What S leans toward naturally is making things. When he decided he wanted to make one of the projects in the book, I asked him to give me an estimate of what it would cost. This isn't contrived mathematics on my part—he wanted to have it funded. So with his brother's help, he made a materials list, along with estimated costs; I gave the boys a little money, and together they went shopping.

I'm not entirely certain that this project wasn't chosen due to its requirement of empty Pringles cans. 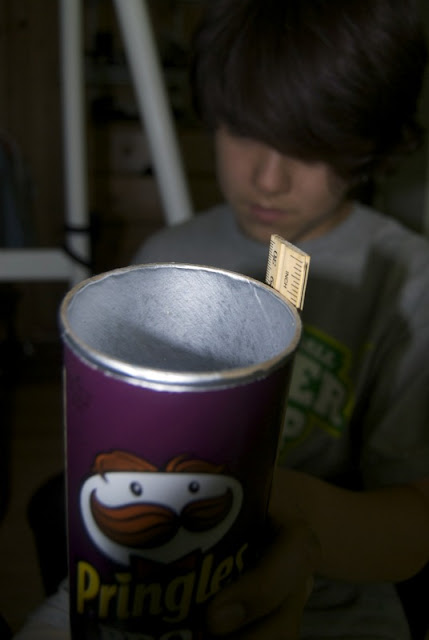 Once the potato chips were eaten, C lost interest; S assembled the unit with help from DH. 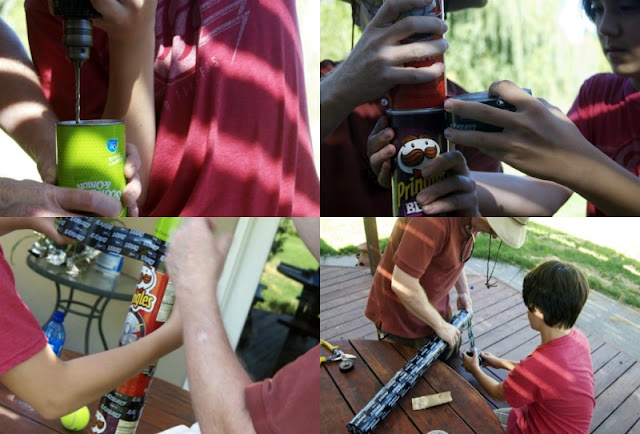 You can barely see it, but the photo below shows the tennis ball popping out of the mortar. First try, and it worked! S was thrilled. 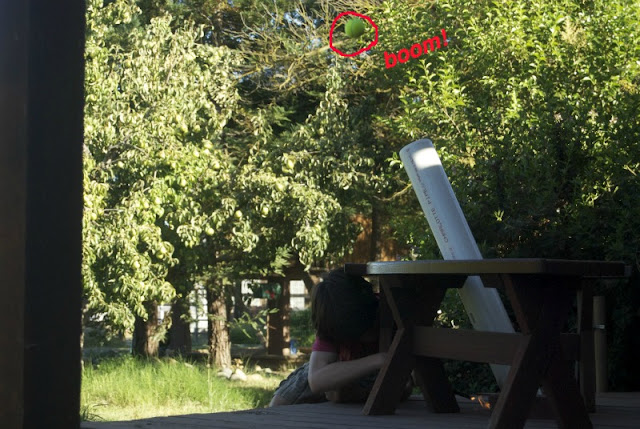 He shot the ball out over and over all afternoon, and C came back out and admired his work. These immeasurable moments are why a lot of us homeschool. Trajectory angles come and go, but family is something we hope will always be there.

Right now we still have very much an older and a younger brother, but their age gap will narrow soon enough. If they are lucky, this relationship they are building will give them a place from which to teach, learn from, and encourage each other over the years. That would be enough for me. 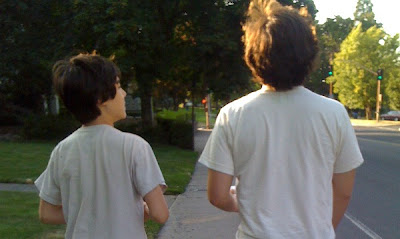 a handful of sugru projects and a giveaway

Last July, when I was still largely bedridden, Jane of Sugru announced some improvements to the formula which made it lighter, brighter and less sticky. She also offered samples to anyone willing to review it on their website. I volunteered, and Jane was gracious enough to send some this way.


We love sugru around here, as I have noted before. The only real drawback to using it is that it starts to set up once you open the packet, so you need to have several projects ready before beginning. Finding the right projects that would use up a full packet at a time was the first step. 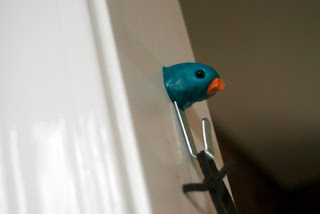 The bird cover I made for my broom hook had had its beak chipped. I wanted to rebuild the beak and cover the metal of the hook to make it blend into the wall a little more. 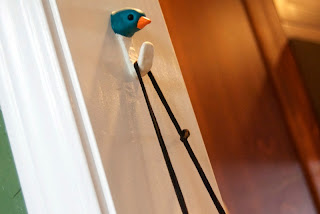 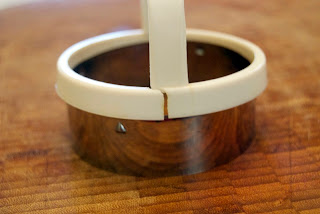 I was regularly making the berry scones from this cookbook when the handle of my biscuit cutter snapped. My repair is not terribly elegant, but it is strong and allows me to use the cutter again. 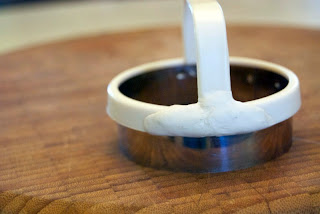 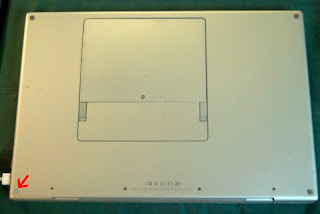 It's a little hard to see, but one of the tiny rubber feet had fallen off my laptop. The constant wobbling was driving me crazy until I rolled up a ball of sugru to make a substitute. 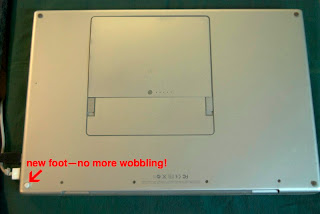 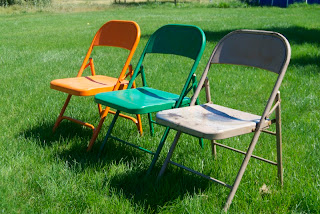 I'd painted a couple of old metal folding chairs we had (shown here with S's desk chair, which he prefers in "original condition"), but had taped over the plugs and feet and then didn't like the contrast of the orange and beige. With no more paint left, I covered the plugs with leftover orange from the beak repair, thereby adding both color and durability. I'll do the same with the green chair as soon as I think up some projects for the rest of the green sugru packet!

project #5
A throwaway. There was still a bit of orange left, so I looked around the house, found a broken craft punch, and did a super quick repair. This was probably more sugru than I needed, and the middle photo is a blurry mess, but you get the idea.

It's worth noting that while some of these repairs might have been made another way, sugru is the epitome of quick-and-easy: simply open the packet, knead, mold and leave it alone for 24 hours.


This new formula is definitely less sticky and therefore that much easier to work with. All five of these projects used a combined two packets (one orange, one white), and I could have easily squeezed in another couple of small repairs had I had any.


I passed along packets to kids in our Young Makers group, and they also blogged their projects: a drawing board repair, and a trio of projects, including a pencil grip, replacement buttons and Sugru Man.

the giveaway!
Still leftover: packets of blue, black and green. Would you like to try some? Leave me a comment, letting me know how you think you might use it (I won't hold you to anything—I just like to hear new ideas). Be sure that there's some way I can contact you and if there are more than 3 comments, I'll use a random number generator to choose. All I ask is that you share your sugru project, repair or hack with the world in some way. Blog it, tweet it, put it on flickr, or share at the sugru gallery. This is why we have social media, right? To share a bit of ourselves so others can learn from it?
Posted by unschool at 5:20 PM 4 comments: