It's a bookulele. It had to be called that, right? In fact, I think I may have decided to go ahead and make it when I realized how easily 'lele' attaches to 'book.' And when I saw this title at the library sale, the whole project was sealed.

There are several cigar box ukulele documentations out there, but a couple really inspired me to try my own. One was this shoeboxulele (it had to be called that, right?), which despite being made of a cardboard box, some scrap wood and toothpick frets, sounds pretty good:


The other video doesn't allow embedding, but here is the link. Learning that I could buy a neck, thereby avoid having to measure frets, and then just bolt it on, helped fuel things along. It meant that essentially the project would entail turning the book into a box, finishing and adding the neck, and stringing it up.

I'll document in more detail soon but add that the uke does play, albeit with a rather dampened, muffled sound. It turned out to be a good little travel uke, though, since it can be played in the car or in the room without disturbing anyone.

That may in fact be all it's good for, but I'm enjoying it for now. 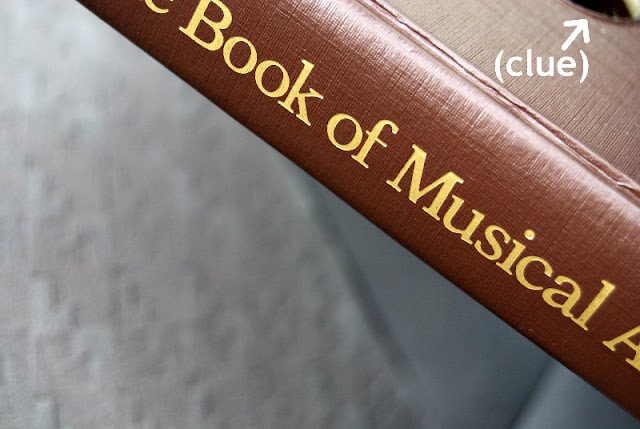 I've had this photo on facebook for the last two days, but no one has guessed at what it is. Maybe it's because I rarely use facebook and have no identity there.