A Bay Area friend mentioned that she was looking for a Singer 301 and as luck would have it, there was one available in our area again. It was being offered at a garage sale on a day I couldn't make, but DH happily went in my stead—he loves anything mechanical, and he loves a good garage sale.

Knowing how solid these machines are, I was pretty certain he'd come home with it; and he did. It's a beautiful beige tone. 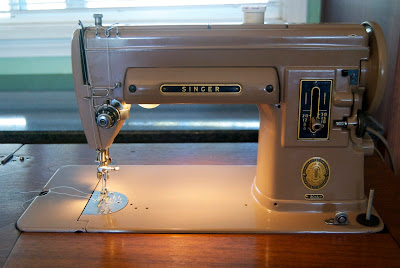 With the exception of a couple of tiny chips in the paint (one is visible in the photo above at the upper right near the handwheel) and a dark ring on the cabinet, it is in very clean condition. Look at the inside: 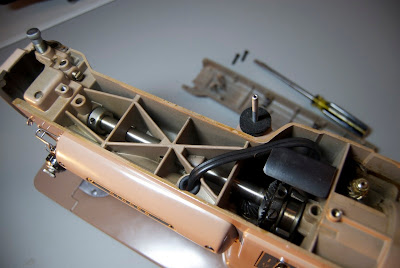 DH added some lubricant to the gears and oiled the moving parts, and the machine was ready to sew. 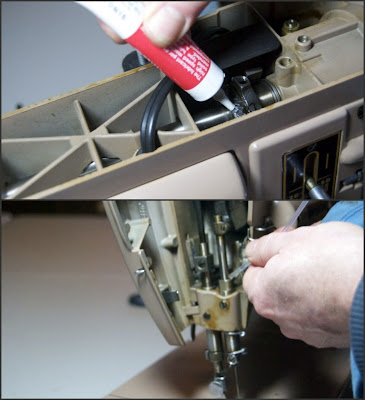 When buying a 301, it's important to be sure the bobbin case is present. The bobbin cases sit vertically and can easily drop out when the machine is moved. 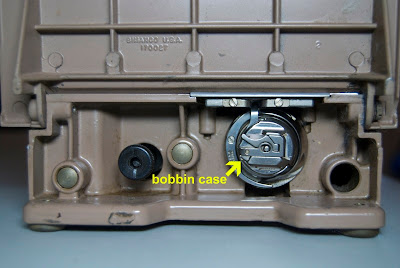 And if you're a nerd, you may also want to check the serial number to date it. 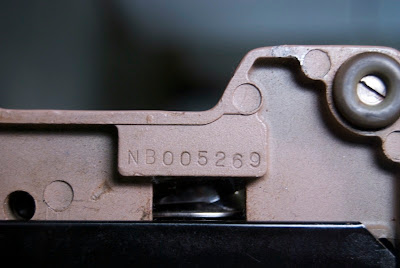 Singer's site lists this machine as being made in 1956 in Anderson, South Carolina.

For $125, the machine came with nine bobbins, a box of attachments, an original Singer screwdriver plus a couple of extra screwdrivers, a buttonhole attachment, a zig zag attachment, and a photocopy of the original manual (the woman selling it had two 301s, but apparently only one manual). Manuals in .pdf form can also be downloaded for free here.

But the best thing that came with this machine was its cabinet: 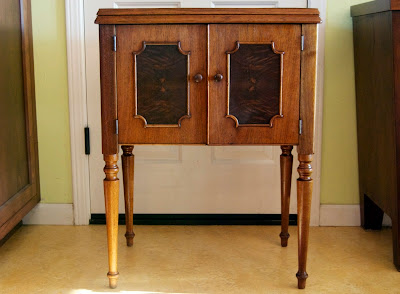 This is actually a No. 47 cabinet, originally sold with the Singer 15-91s in the 1930s and 40s. Almost certainly the original owner (the grandmother of the woman who held the garage sale) had decided to upgrade her machine in the 1950s but kept her cabinet. My photo makes it look like one leg is lighter than the others, but that's just the sun. It's truly a lovely piece of furniture, with turned legs and an inlay of burl in the doors. I don't even mind the water ring. To me it suggests that its owner regularly kept a vase of fresh flowers on her machine when it was closed; it must have sat in the living or dining area.

Open, the cabinet has space for its accessories and half a dozen spools of thread. It operates with a knee press, keeping the floor space uncluttered. 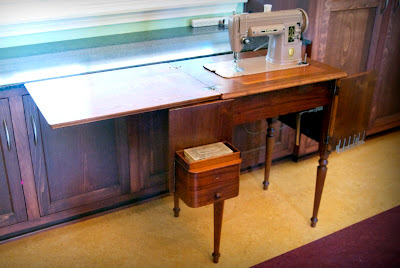 How does it sound? It sounds just like a 301 should:

—and makes a perfect stitch: 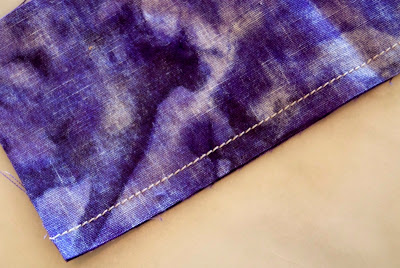 I so enjoyed sewing with the machine in the cabinet that I suddenly remembered this table we'd picked up on, yup, Freecycle. 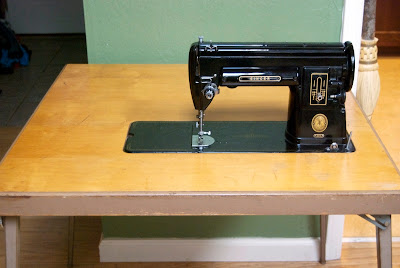 301 tables are fairly hard to come by, and when DH answered the post he'd told the woman offering it that she might want to consider selling it instead. She didn't: she just wanted it gone. It had a broken leg mechanism, and all she cared about was that it go to a home where it would be repaired and used. DH was able to fabricate the part, but I was so used to my 301 as a portable that I had not gotten around to trying it until yesterday. What a revelation: instead of bumping up out of our awkwardly round kitchen table, the 301 can sit flush in an uninterrupted sewing surface. I may even use it to finish the star quilt.
Posted by unschool at 1:15 PM